Having looked at the photo above, were you reminded of Wagner’s Flight of the Valkyries? https://www.youtube.com/watch?v=3YOYlgvI1uE

Now maybe? That’s what comes to mind for me, but you may be more familiar with the song popularized by the late John Denver, The Eagle And The Hawk. It begins with “I am the eagle, I live in high country in rocky cathedrals that reach to the sky,” and ends with “And reach for the heavens and hope for the future and all that we can be, and not what we are.” It’s a short song but, for me, quite moving, a naturalist’s prayer perhaps.

The American eagle (technically, the Bald Eagle) is the quintessential iconic symbol of the United States, serving as our national bird and often presented as a representation of American power and strength, especially military power. However, Americans historically have been among the world’s great consumers, rapaciously taking everything that was available and often leaving nothing to continue delivering the seemingly endless cornucopia of plenty to which most Americans have become accustomed.

So it is that the history of the national bird is fraught with slaughter, although other factors contributed to the decline in North America from 300,000 to 500,000 estimated population in the early 18th century to only 412 nesting pairs in the 1950s. According to Wikipedia, factors in the decimation included habitat destruction, shooting (legal and otherwise), power-line electrocution, collisions in flight, oil/lead/mercury/pesticide pollution, and by human and predator intrusion at nests. https://en.wikipedia.org/wiki/Bald_eagle Perhaps fittingly, a Yahoo or Google search for “American eagle” takes you to shopping websites.

The good news is that once DDT was banned and bald eagles were legally protected, the  population of these spectacular creatures recovered. Today they may be found throughout the United States and Canada. Alaska, in particular, has a robust population of bald eagles and tourists there are always excited to see them. So it was when we took my two grandsons on an Alaska Inside Passage cruise in 2017. One of the highlights of that extraordinary experience was a tour on a fishing boat that stopped at an island owned, we were told, by Native Americans and whose eagle population was thriving. The mates on the boat had some fish to share with the eagles who were most responsive to the bounty thrown into the water. Here is a small sample of what we saw. 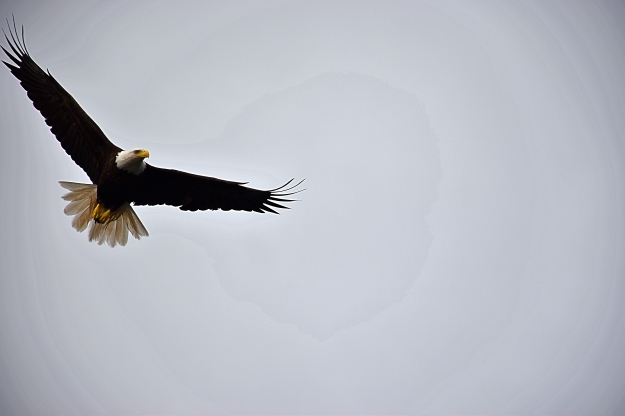 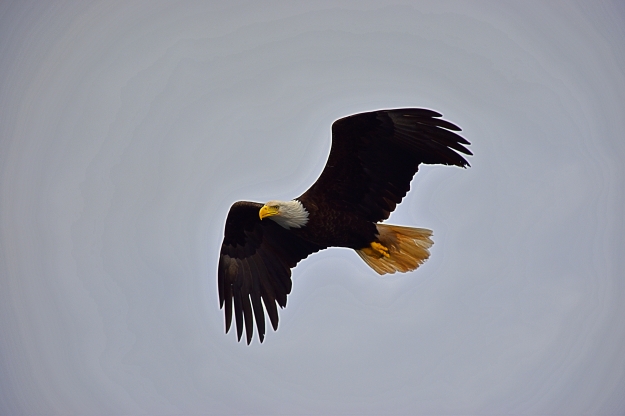 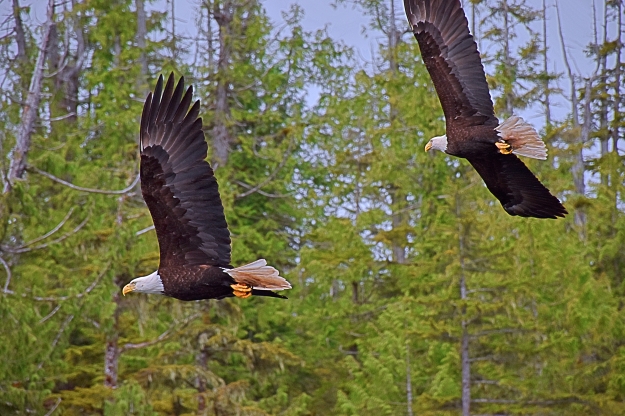 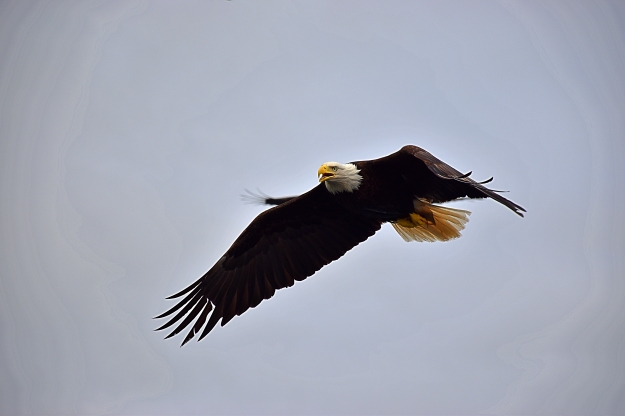 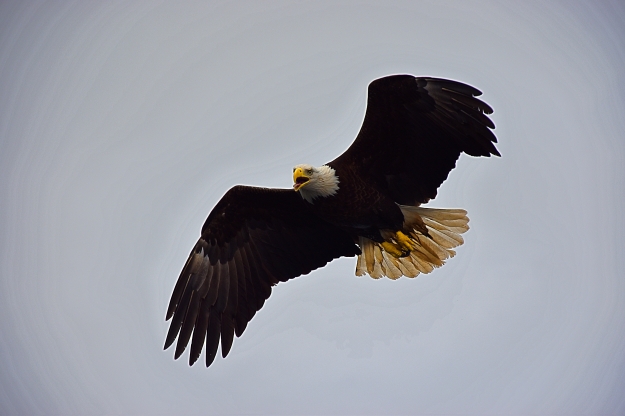 Saved the best for last: 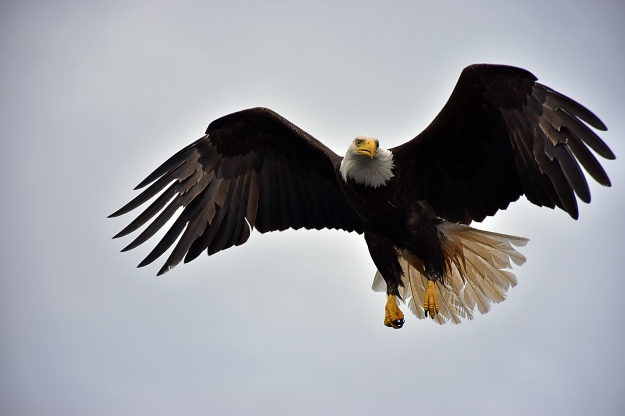