One necessary condition for the existence of a democratic republic is the ability of the people to control their government representatives. The control may be indirect and often untimely, but without the ultimate power in the hands of the governed, there is no democracy and no republic.

The essential manifestation of the power of the governed to control the governors is the vote. Without a watchful voting population, the baser instincts of politicians will eventually prevail, and the system will devolve toward uncontrollable authoritarian rule that benefits the governors at the expense of the governed.

To be effective, the right to vote must be available to everyone affected by the decisions of the governors. They must be able to exercise the vote with sufficient ease and frequency that the governors will remain cognizant of, and influenced by, the belief that if they fail to adequately and properly represent their electing constituents, they may be replaced. Since under normal conditions (e.g., no gerrymandered districts) the electing populace will be a mixture of viewpoints and interests, elected officials will often necessarily seek compromise and consensus to retain the consistent favor of at least a working majority of the electorate. When the interests of large electoral sectors are ignored consistently by political leaders, the normal conclusion is that gerrymandering is at work and politicians believe they only answer to a subset of the electorate. That in turn means that the interests and views of many voters are being ignored, that laws and policies will lag behind (often very far behind) the current views of the majority.

This is a complex and fraught business especially given the propensity of politicians to want to insulate themselves from the employment vulnerability that democracy necessarily imposes. Thus, professed fealty to the electorate and the “common good” often conflicts with the self-interest of employment security and the other fruits of power and influence. Hence the truth of the aphorism, eternal vigilance is the price of liberty.

We were recently reminded of this, and more by the invitation of a good friend to attend a presentation of the Women’s Advisory Board of the Girl Scouts Nation’s Capital at the Turning Point Suffragist Memorial in Occoquan Regional Park. We learned some interesting history not covered in many American history curricula. Inconvenient truths, it seems, are everywhere.

In a nutshell, the right to vote for women was not included in the original Constitution. Men resisted the idea for a very long time, despite persistent efforts by women to secure equal standing at the ballot box. While there are varying explanations of what led to the eventual drastic measures, the common point in the narratives is that women suffragists took to picketing the White House during the Woodrow Wilson administration. Wilson’s support for female suffrage had been unenthusiastic at best.

Eventually, the picketers, were arrested and jailed. They chose jail rather than pay fines they felt were unjust. In jail, fed rotten food with maggots, many of the women refused to eat and were force-fed with funnels and tubes. A diorama of this torture can be seen at the Lucy Burns Museum housed in the old Lorton Reformatory just up the road from the Suffragist Memorial. Lorton has now mostly been converted into an arts center, but the Burns Museum is must-see.

The Memorial is supported by the Girl Scouts National Capital. Lidia Soto-Harmon, the CEO of GSNC advised me that,

We are thrilled that in the design they created a bridge that will allow generations of Girl Scouts to “Bridge” to the next level in Girl Scouting.  We had two long time Girl Scout champions, that made a donation to the memorial on behalf of our council, and we are grateful to be listed along with the many contributors.

That bridge is pictured below with the attendees at the event.

Patricia Wirth, Executive Director of the Turning Point Suffragists Memorial Association, presented an extemporaneous and compelling history lesson for the enthusiastic group that attended. Pat is pictured here on the left, with Nancy Lyons Sargeant, who following long involvement in the TPSMA, has served as the Chairman of the Board since 2015. 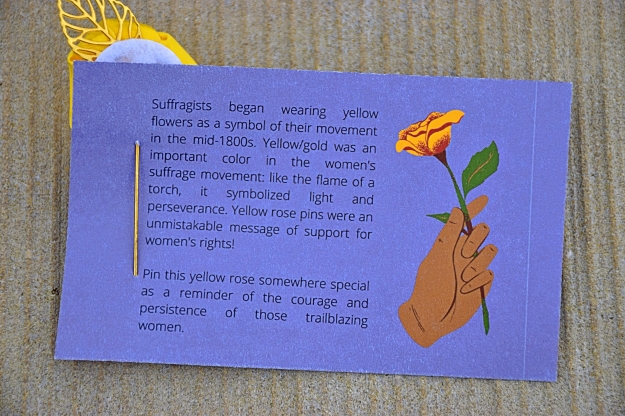 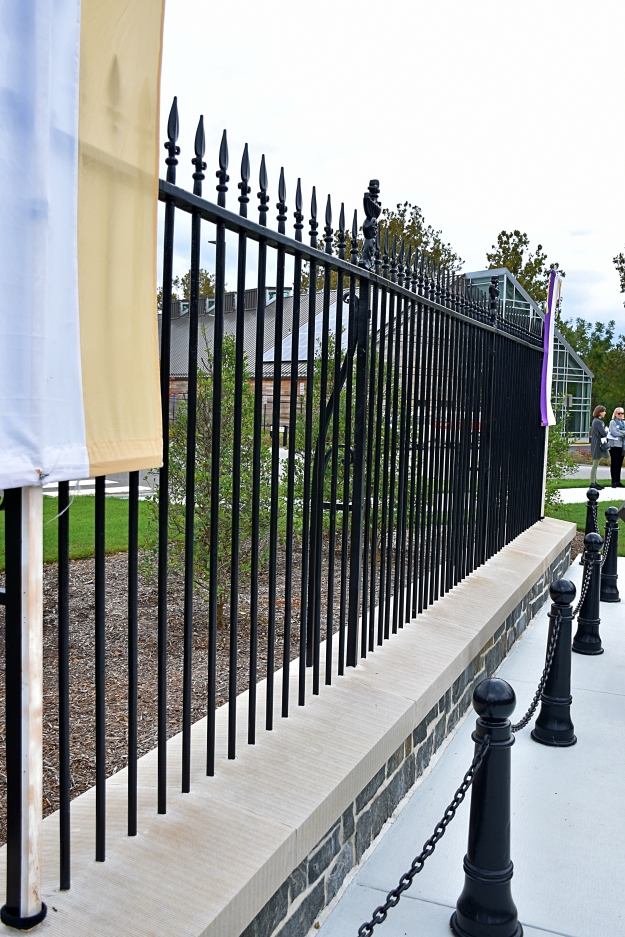 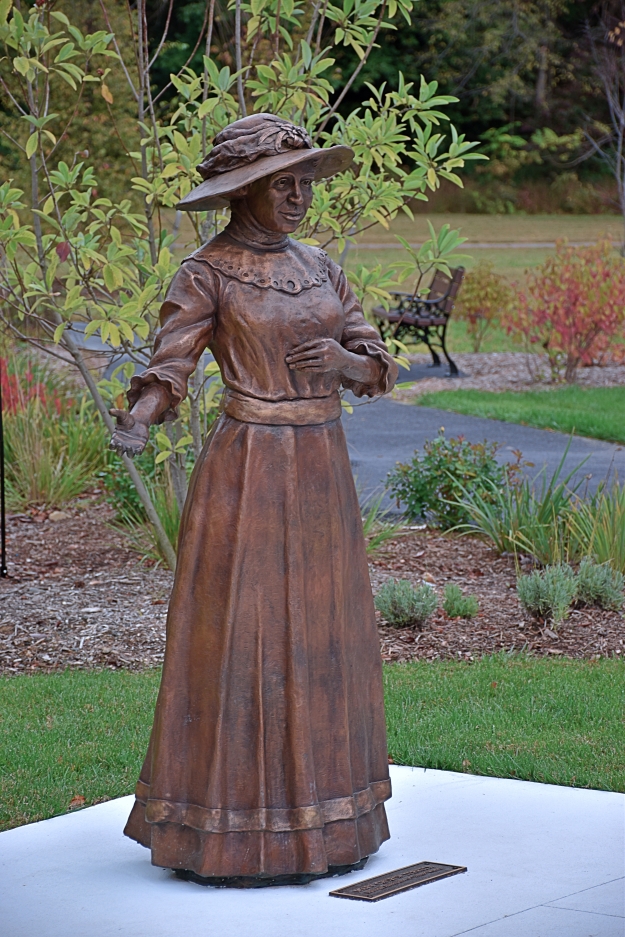 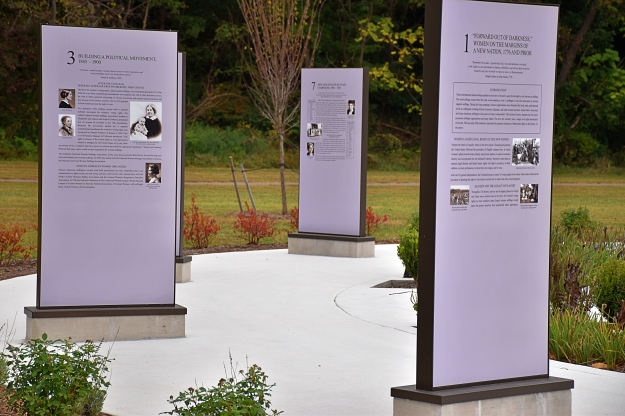 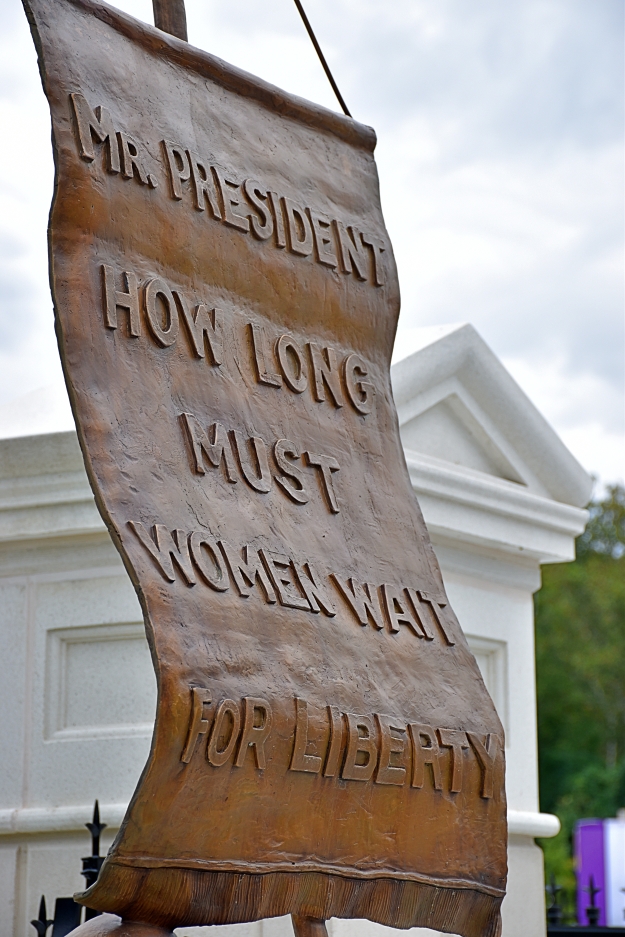 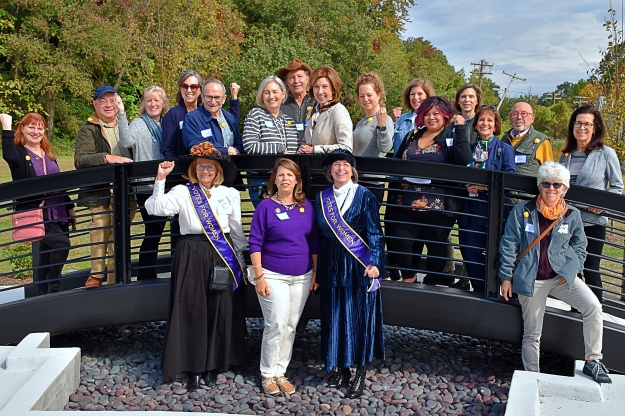 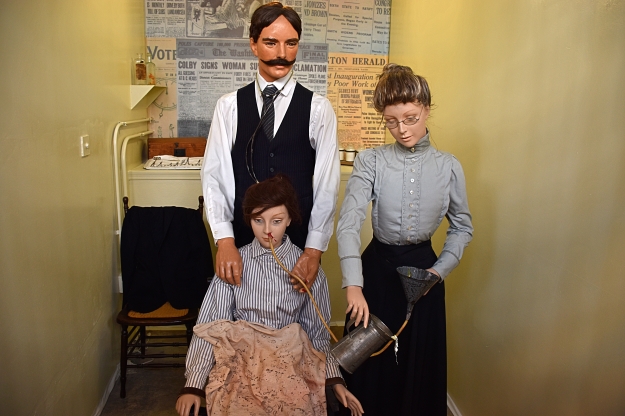 A trip to Occoquan Regional Park is worthwhile for other reasons. There are paved and unpaved paths of varying degrees of difficulty, a very nice café with outdoor seating, great views of the Occoquan River 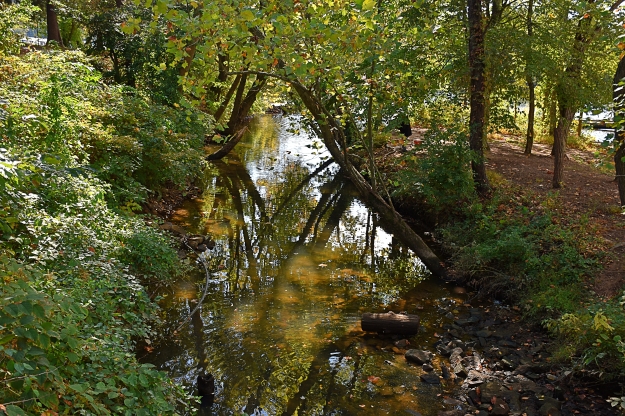 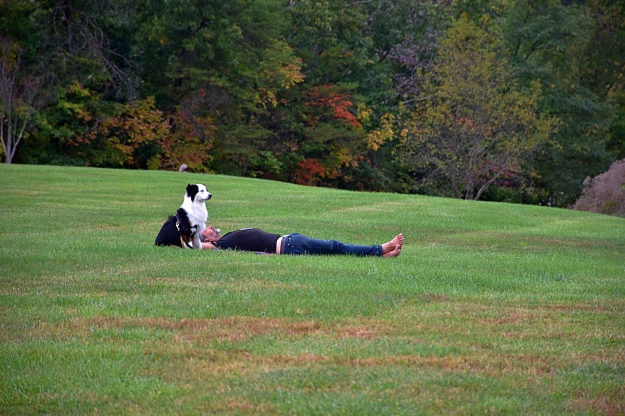 and plenty of space to picnic and play. But you don’t want to overlook the Suffragist Memorial. It’s an excellent learning opportunity for some history often overlooked, and especially for young people who need to understand all aspects of America’s history so, hopefully, they can improve on it in the future.

2 thoughts on “The Right to Vote”