My last post at, or as close as my reflexes allowed, the stroke of midnight, when last year became this year, was a record of brevity. Nevertheless, last year had some moments and I am sharing them now. Some are good, some are bad, some are ugly, and some are just plain bad. The narrative will help sort them out, but you will, as always, be the judge.

Looking ahead, and backward as well (2021 will not go away that easily), we have much to look forward to, even as many of us crave the justice that so far has failed to materialize regarding, among many other things, the attempt by Donald Trump to overturn the results of the 2020 election. Trump’s attempt was supported by, and likely planned by, many Republicans in Congress who remain in their positions, enjoying the extraordinary privileges and comforts accorded to nationally elected representatives of the people. The same is true of members of Trump’s Cabinet who, from some compelling indications, were complicit and indeed actively engaged in the coup attempt.

Those of us who retain our rational faculties even after the Trump presidency and a year of non-stop Republican-led terror and fantasizing are not going to be satisfied with letting bygones be. As the clock ticks down toward the 2022 mid-term elections, and many experts predict a traditional outcome in which the “out” party resumes control of Congress, the omens for the future of our democratic republic appear dark indeed. But it doesn’t have to be that way. We outnumber them – our future is in our own hands, not theirs, unless our indifference lets them have the victory they do not deserve.

With that in mind, and given the dual personality of this post, here are some of the planned topics you can look forward to in 2022:

Life Under Republican Rule – do you want leaders who believe in magic?

States – What Good Are They? – how states promote tribalism

Anti-Vaxxers Must Take No Medications – if they read the labels ….

Books, Truth and Elections – truth is not infinitely malleable

Voice Bots – how to remove the human element from humanity

The Fear Equation – what is everyone so afraid of?

Communicating with the Voter – ya think?

Cliches of the Day – substituting slogans for thought

… and others in a seemingly infinite list. Meanwhile, back at the launchpad, here are some things to ponder and, hopefully, enjoy in a perverse 2022 kind of way.

Cloudy skies as seen from the roof: 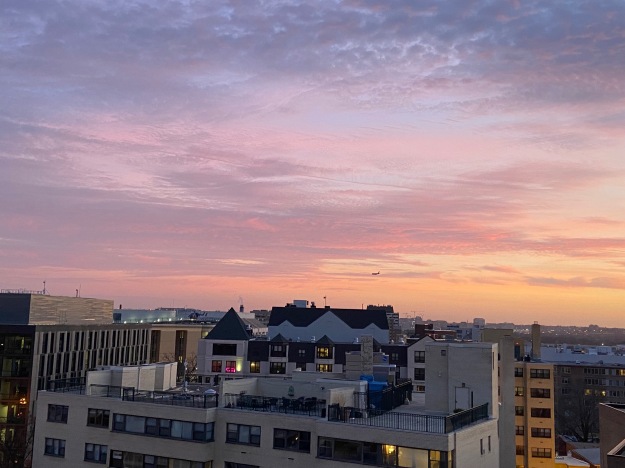 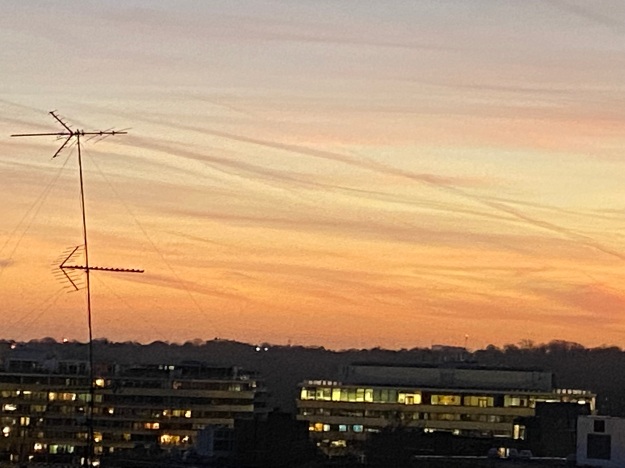 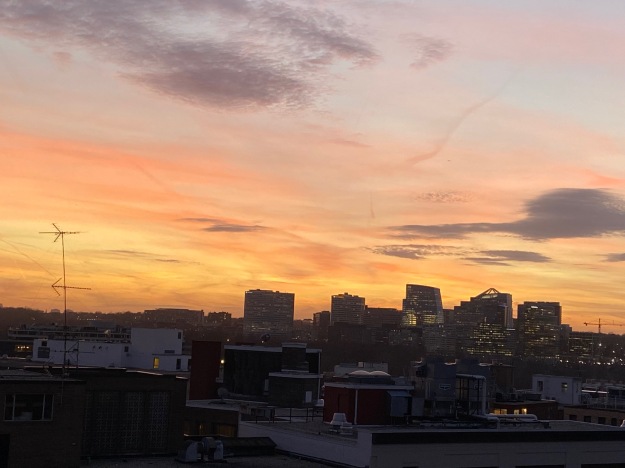 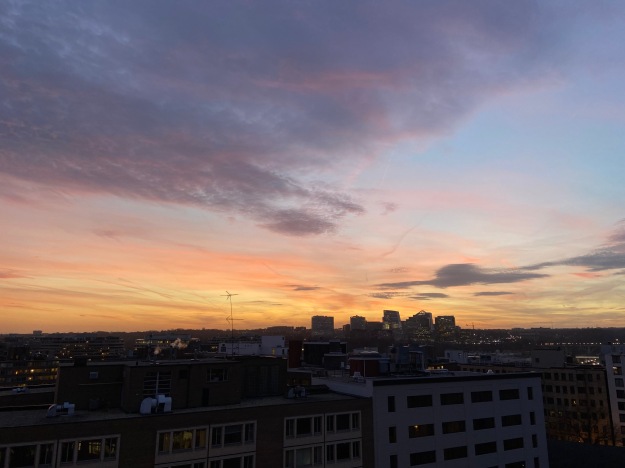 In the Yikes Department, these cars were, according to reports, parked on leaves that had been deposited in the curb and a hot catalytic converter did its thing. I don’t know whether that’s really what happened, but Yikes. 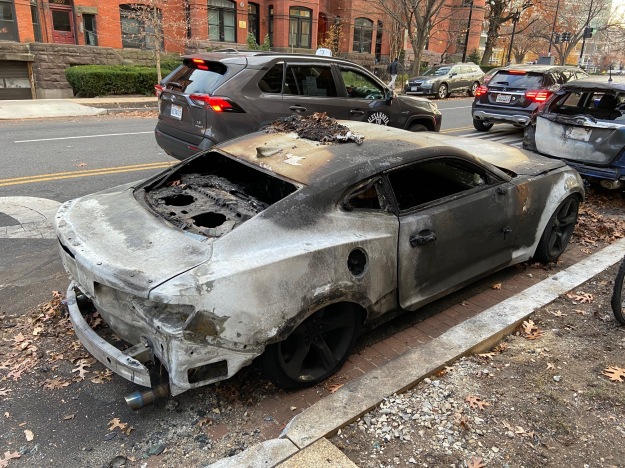 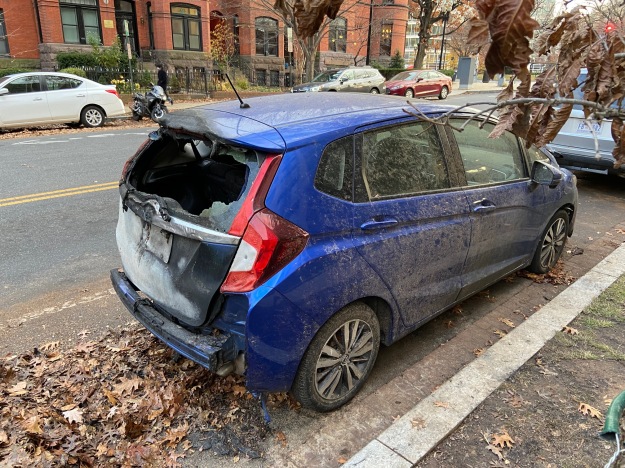 On Christmas Day, we visited the National Mall to get some fresh air and see what was going on. Generally, it was a normal-looking day, as these photos show. Many visited the military memorials. 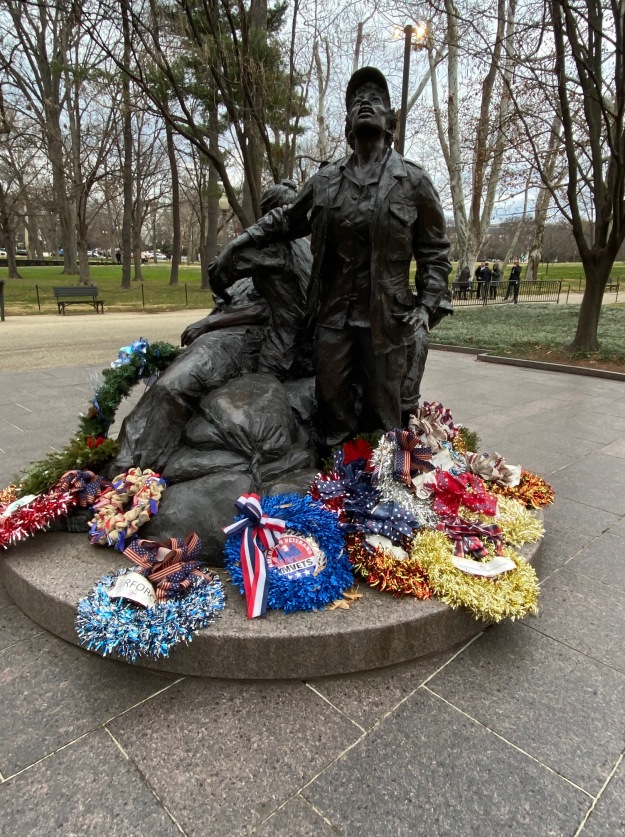 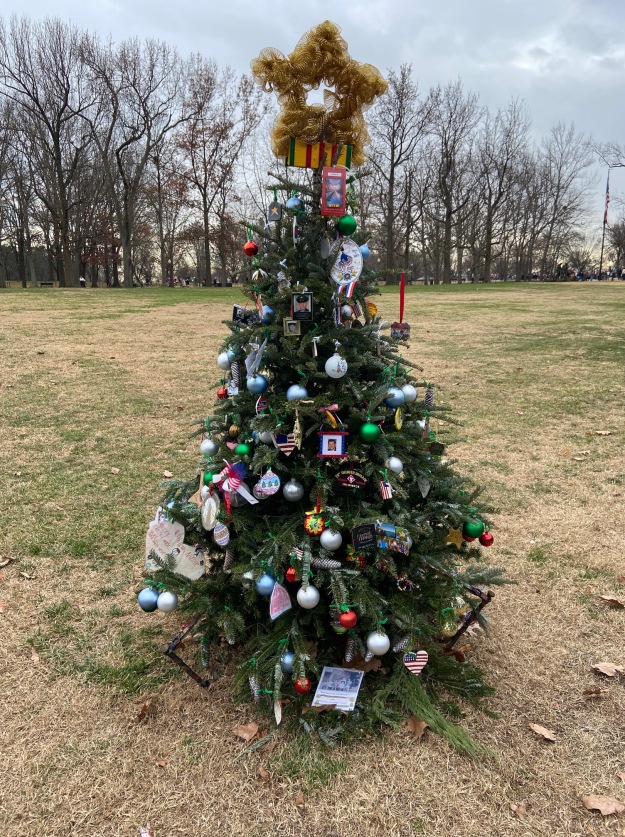 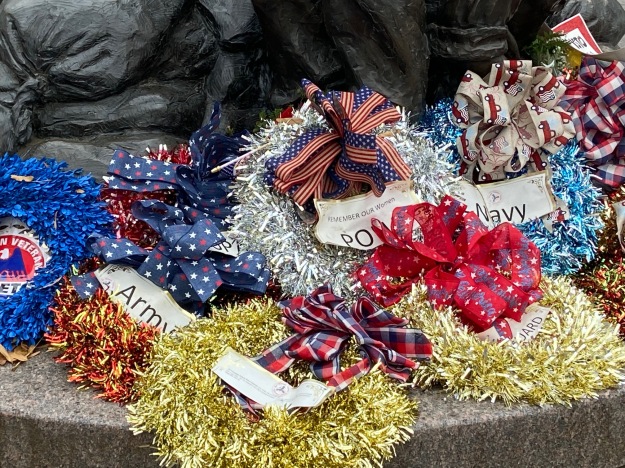 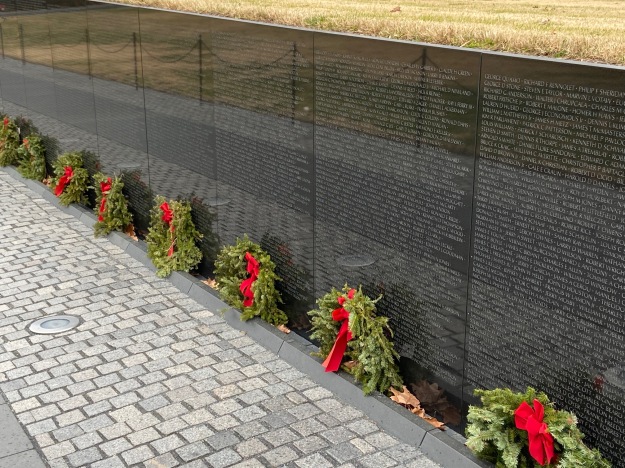 Some walked along the Reflecting Pool. 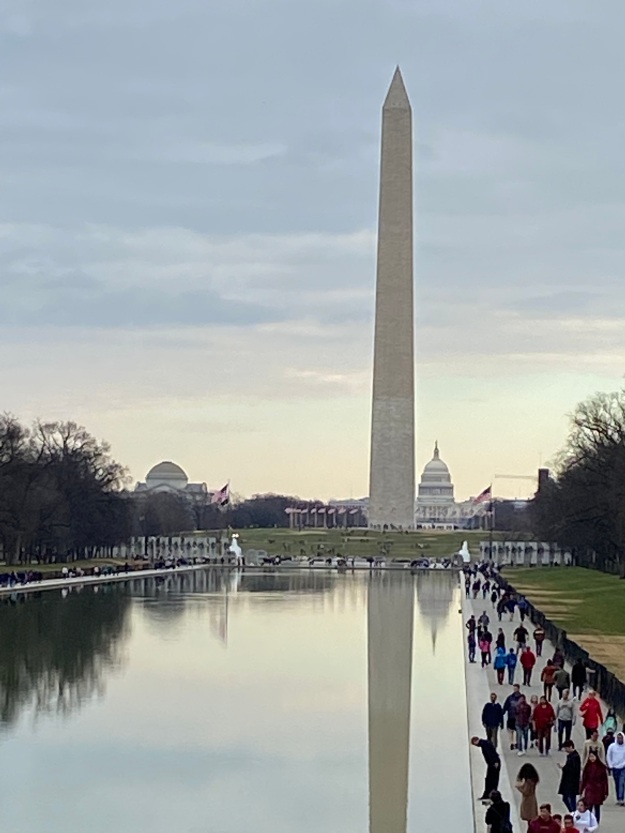 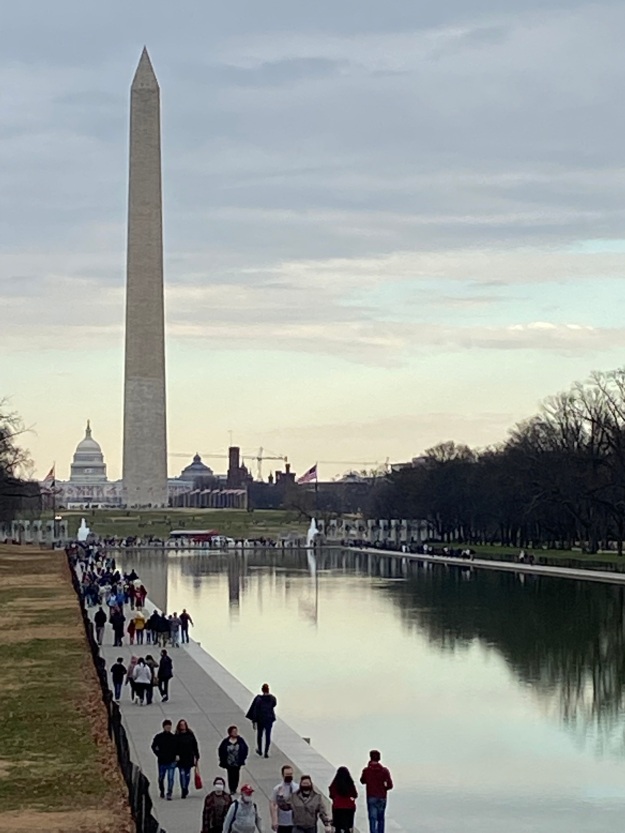 One person visited with himself. We’re pretty sure he enjoyed the experience. 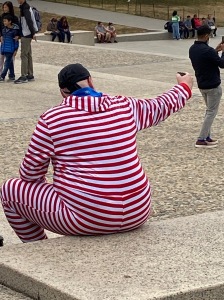 A few days later we drove into the Virginia countryside to introduce my stepdaughter to the wonders of Hill High Orchard and pie place extraordinaire, about which I have previously written. The plan was to eat lunch outside at a restaurant in Bluemont, VA. When we arrived, however, we saw these “signs” hanging from a building on the property: 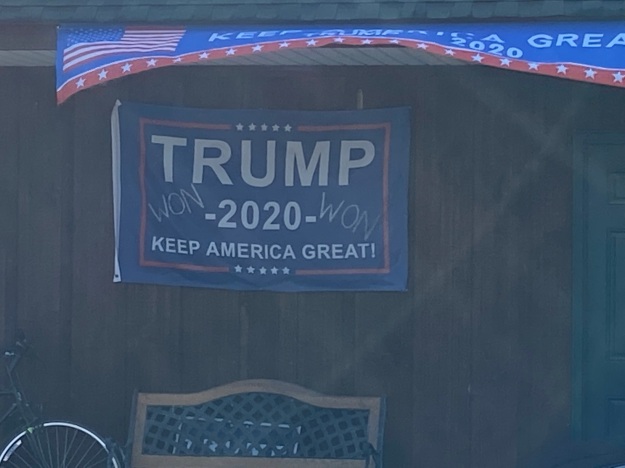 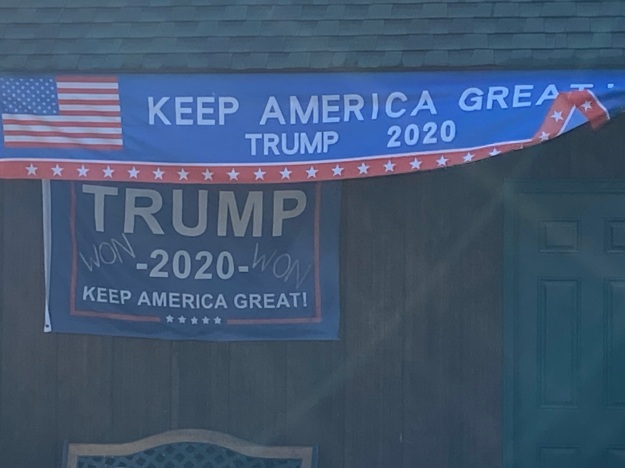 We returned to the car and went elsewhere. We will NEVER eat at a place owned by people who believe Trump won the election. Not now, NOT EVER.

Which brings us to Meme Time. Someone wise once said that a picture was worth a thousand words. I think that’s mostly true. These memes/photos were copied from tweets and Facebook posts. Where they originated, I have no idea but kudos to the people who created them. They speak volumes about the challenges we face. There is no doubt the country has made many mistakes. In that sense it is “normal.” But we also aspire to higher ideals, and it is those that we say “define America.” So, with a smile on our faces, let us confront our ghosts and move ahead as a people dedicated to the principles stated in the Declaration of Independence:

We hold these truths to be self-evident …. 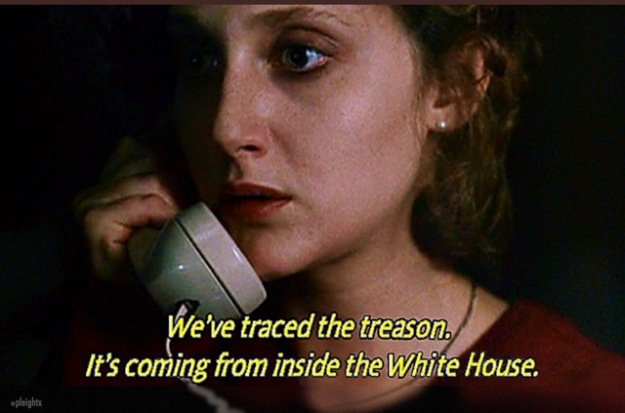 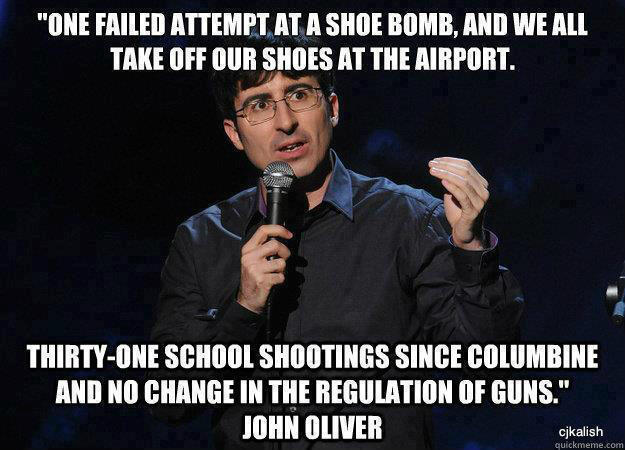 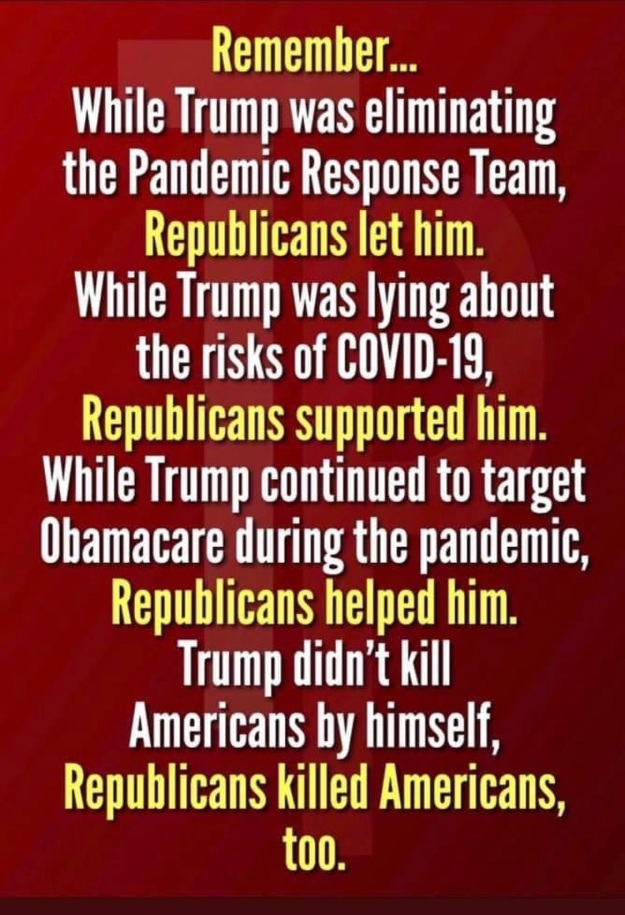 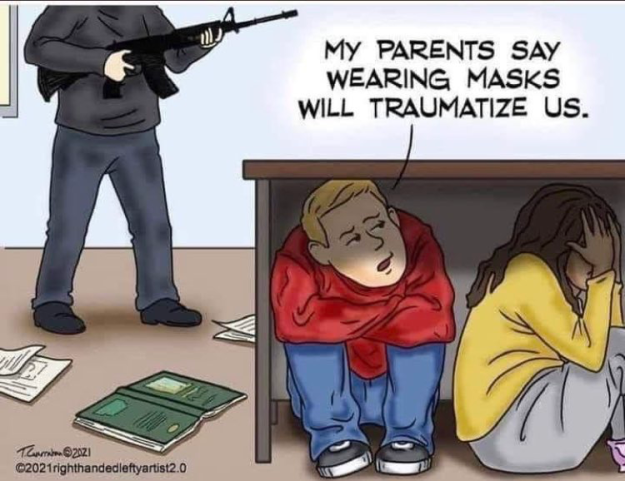 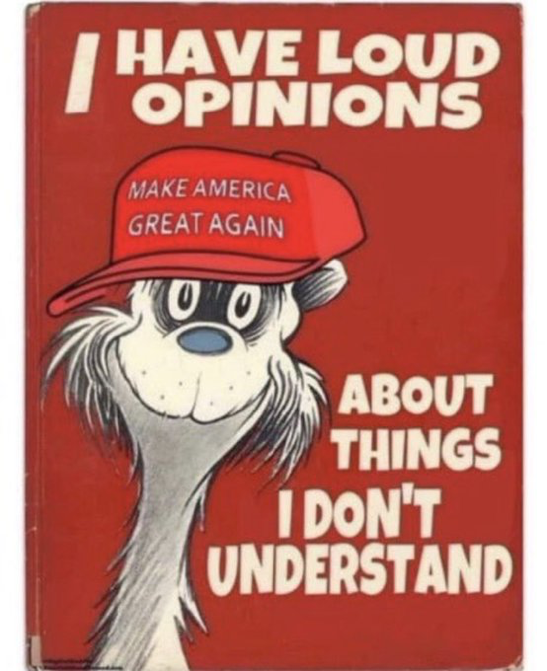 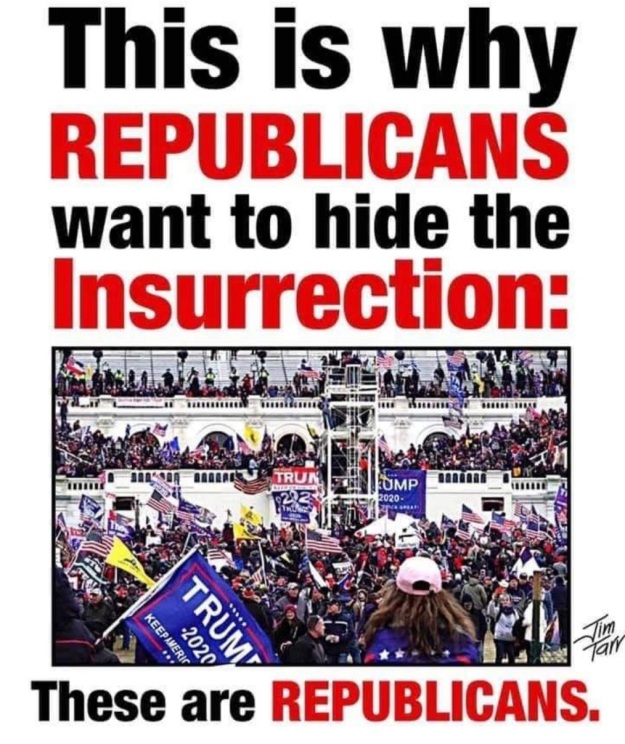 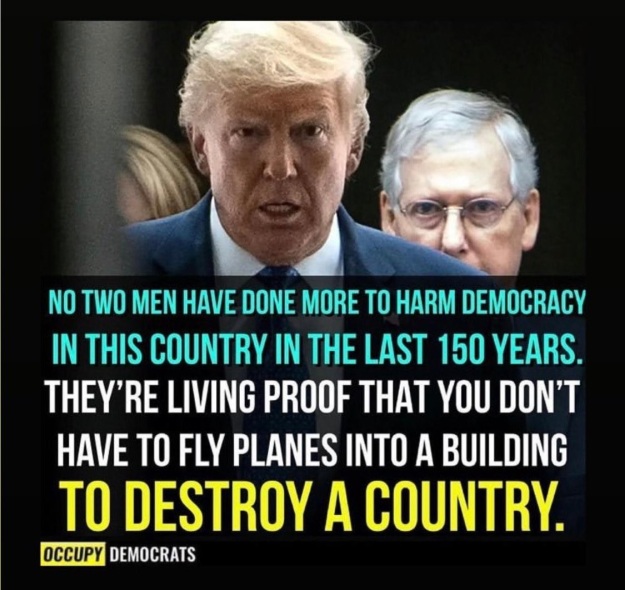 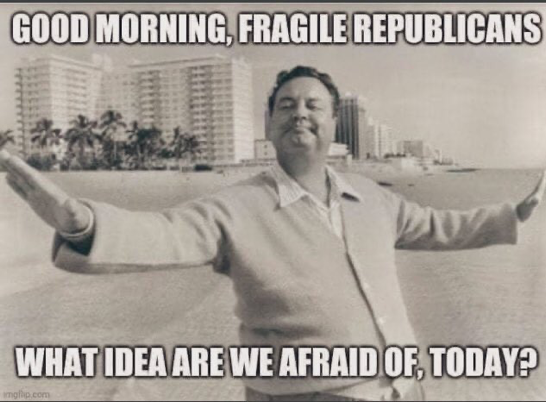 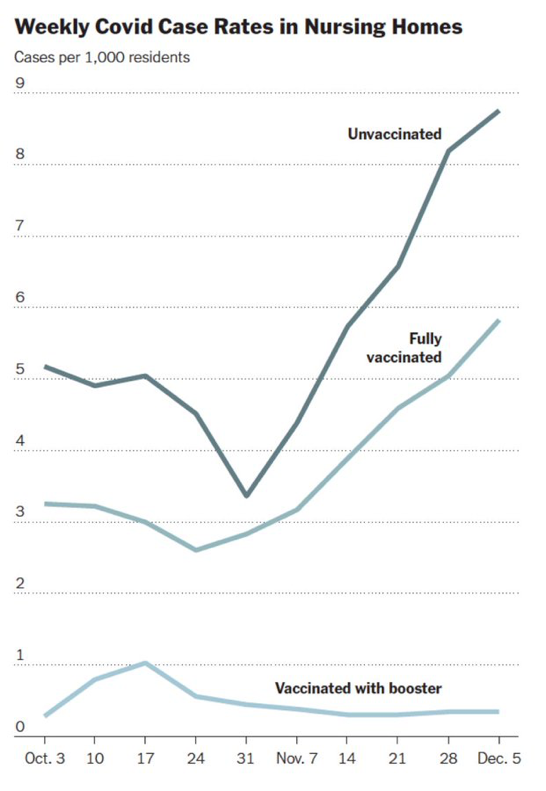 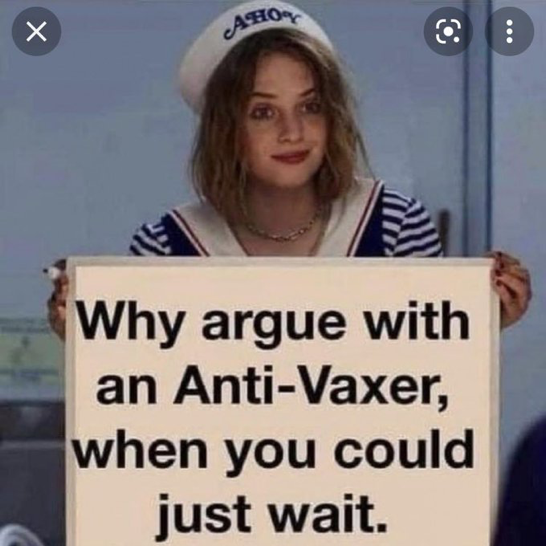